1) "I date a lot of black girls. And of all the black girls I date, I like the way you smell the best." o_O

4) "You know I'm not disrespectful," while attempting to smack my ass in public.

Yeah. And so that was the last day I spoke to that guy...
Posted by Kami Jonez at 8:55 PM No comments:

There's a difference between going to it, and going through it. Which one are you doing?

We all have to go through it to get to it, but can we focus on the getting to rather than the going through? Still trying to figure that out...
Posted by Kami Jonez at 7:30 PM No comments:

I mean... I guess you can say I'm a little extreme.

I'm either all in, or all out. I'm just not about that "wavering in between" life. Either you like me, or you don't. Either I'm with you, or I'm not. If it happens that when I'm with you life is great, but when I'm not, it's "out of sight, out of mind," I'm just not with that shit. If we're only together when we're together, well then we're not together at all... right?

The problem is not necessarily that he's not thinking about me. Or not texting me. Or not calling me. Really, I don't have that much to say, so I don't mind not saying anything. The problem is that he may be thinking about her. And texting her. And calling her... instead of me. And every vein in my body, every hair on my head, every piece of my being... is tortured by the thought of that. The thought of him thinking... about her. You see where this is going?

This whole ego thing - not for me. Life would be so much better without it. As far as I can tell, I'm not in love. I'm not lost in a whirlwind of emotions. I'm not daydreaming about our togetherness... so what the f*ck is the problem? Why am I so concerned that he is talking to her if he's not talking to me? He can talk to whomever he wants... as can I. And talking to an ex is simply not unreasonable. But it brings my blood to a muthaf*ckin' BOIL.

There are several issues here. First is the obvious. Maybe he's just... well... doing stuff. Enjoying his day. Enjoying his life. Kind of how I am, minus the compulsive obsessing over why he isn't thinking about me. Just a sidebar and a warning - this story does NOT get better. There is no denouement. My insurance still doesn't cover therapy. And so, I'll be here for a while. So yeah... he might be out just... being a person. Second is also obvious. He may be thinking about her/texting her/talking to her... but that's his business. And if he isn't that into me, I clearly should keep it moving. The problem is that when ego and compulsive obsessing meet, they screw shit up. Like really screw shit up. And turning it off is simply not an option. I've been namaste-ing and breathing and letting go and shit all around this mothaf*cker, and STILL cannot shake this. Jealousy, wounded ego, and compulsion. Yes. That's happening right now.

To take this a step deeper, as a yoga instructor, and a developmental psychologist of sorts, all I do is think about people, and how people think, and how people think about other people, and well... you get the idea. So I'm thinking about what he's thinking. And I don't like what I came up with. To be completely honest (and I've already been, so this should be no surprise), I'm thinking that what he's thinking is that he wants to be with his ex, and I'm just floating around to pass the time. F*cked up, right? So if I'm thinking that, why am I also not thinking, "fuck that n-word," and keeping it moving? I mean... I want to let it go. I want to. I'm not choosing to suffer. I know it looks like that. But I'm not. Really. So why the f*ck am I still here? I like him... enough. But do I like him... that much? Not so sure. Maybe... I'm bored? But damn. Could I be that bored? Nah... couldn't be. And as you may or may not know, "maybe I'm not *insert adjective here* enough" always lingers in the background... And what's really annoying is when your friends say things like, "You're beautiful! You're great! Stop thinking about him!," as if they have NO idea how annoying and unhelpful that shit is. I mean... be HONEST. Be like, "Girl... you should just move to Paris and have a bunch of lovers, cuz n-words ain't shit..." You know why? Cuz that is real. That is helpful. Anyway... so yeah. Happy F*cking Sunday.

And I mean... I should be able to have a guy who... thinks about me... right? From what I gather, I'm somewhat attractive by Western standards (minus being black and what not, but whatevs), I'm smart (again, by Western standards since I have degrees that say so), and I'm in shape (once more... by Western standards, since I probably look unhealthily small in some cultures), so I really don't have to chase or disgrace to get my Ace. Nah-meen? And yet, here I am... ordering lamb chops (and I'm a pescatarian), and preparing my glass of wine so I can "let go." That seems to be my "let go" juice. You know what? Maybe that's the moral here. Maybe... I just need to drink more wine. And then maybe... everything will be fine. I can dig that, actually.

My apologies if you were hoping for a better ending. I will say this... this morning a woman gave me a complement on my mascara and asked, "How did you get your eyelashes like that?" To which I responded, "Like what?" To which she replied, "Like... to look individual...? It looks like you put it on, and then let it dry, and then reapplied... it's cool! I like it!" To which I responded, "Oh. That. Uh... that's cuz it's from last night." Chile... I need to get my life. End scene. No really... please END THE F*CKING SCENE.
Posted by Kami Jonez at 3:05 PM No comments: 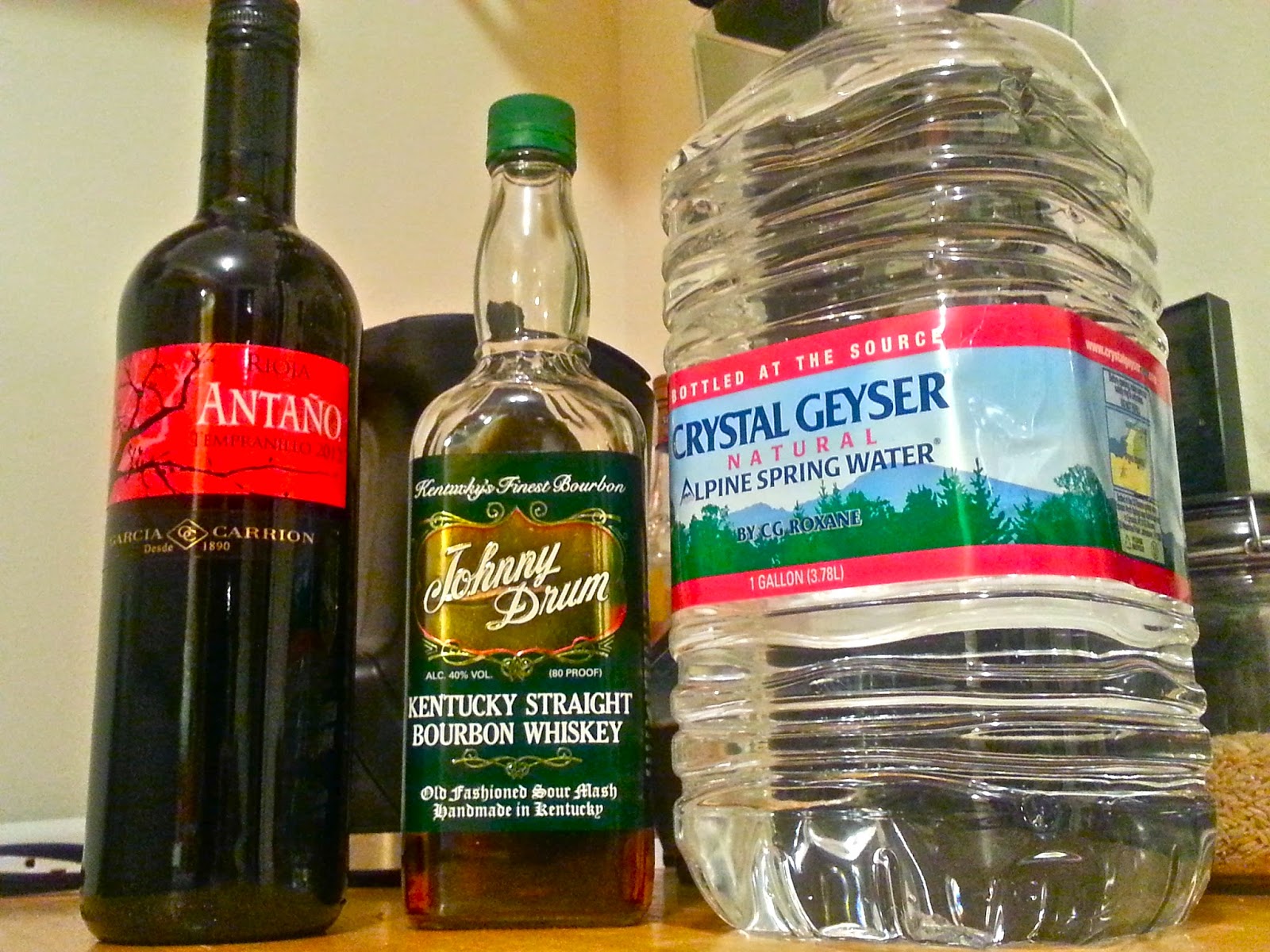 fruit, grains, and hydration. well... this is going to be a healthy friday night after all.
Posted by Kami Jonez at 9:06 PM No comments: